Last week I was upgrading the graphics card in our family PC (Radeon X1950XT to HD4830), working at the dining room table next to Max, who was working on a massive Lego vehicle he had received as a Christmas present. He was making observations and asking questions about what I was doing. I showed him the motherboard, CPU, graphics card, hard drives, etc., and attempted to give him an explanation of each component’s function.

Later that day, we went to Microcenter to get some miscellaneous hardware to finish the job. While we were in the store Max said, “Daddy, I want to see the mama-boards...where are they? My next spaceship is going to have, like, four computer brains.” 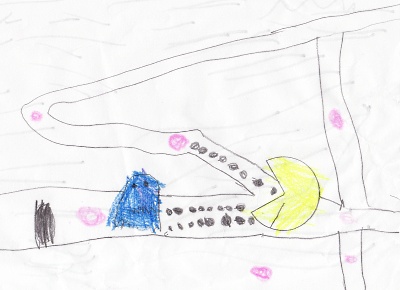 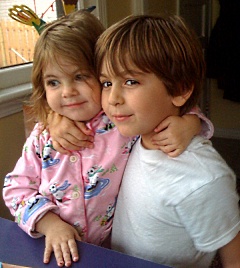 Funny kid stuff recently: Lately, whenever Esmé gets her hands on some money, she always refers to it as $5. We have no idea why this happens, but it's hilarious. She'll hold up a penny and say, "Here's FIIIVE dollars!"

Max has been exploring the scientific method in Kindergarten. One night, he decided he was going to explain it to us. "A hypoposis is...it's like your idea. A hy-pop-osis is your concept, Daddy...and then you have to test it."

These kids are too much. They're my Christmas presents.
Posted by Jason R. Carroll on Wednesday, December 10, 2008
Tags: children, pictures
I think I originally read Catcher in the Rye in 1992 or 1993--when I started college it was on my list of “books I should have read in high school but didn’t because my school was too religiously conservative.” Unfortunately, when I first read it I was in the beginning stages of architecture school, and was apparently too distracted by my new obsession (and the corresponding workload) to appreciate the full beauty of the story.