Over 2 years after the initial PS3 launch, I finally saw my buying opportunity: a $150 rebate from Sony. So I took the plunge, and got an 80GB PS3 for $250 + tax. That kind of purchase feels good to me.

In the second half of 2008, once I finally decided that a next-gen console purchase was imminent, I did a fair amount of research on the Xbox360 vs. PS3 question. I came to the following conclusion:

The only real option is the PS3. Xbox360, which many love, is waning technology and weaker hardware. Wii is a toy, a novelty (incidentally, I bought a Wii in addition to my PS3). Blu-Ray is the highest quality video delivery system available right now, I have a largish HDTV, and I want that. Most importantly, as of year-end 2008, there are numerous critically acclaimed, high quality games for the PS3 that I really, really want, which are either exclusive to or available on the PS3 (this was not necessarily the case at the end of 2007). If I had purchased a 360, I'd feel like I was buying inferior technology.

After one week of ownership, I can add the following ‘surprise’ observations that only became apparent once I started fiddling with things: Sony has created a fun, powerful, flexible, high-end platform here. I think with the inevitable upcoming price cuts the PS3 will become with next-gen console of choice.
Posted by Jason R. Carroll on Friday, January 23, 2009
Tags: computers, technology, television, videogames
If you like Douglas Adams and The Hitch Hiker’s Guide to the Galaxy series, but want something that bites a little deeper, try the book that inspired Hitch Hiker’s: The Sirens of Titan.

And why does Kurt Vonnegut like fire engines so much?
Posted by Jason R. Carroll on Thursday, January 15, 2009
Tags: literature 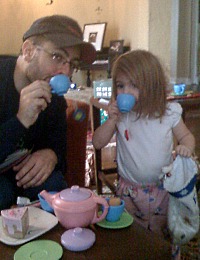