A current thought: Living things exist in a state far from equilibrium. That is, they need a constant stream of matter and energy flowing through them in order to survive. Cities are living things. In an economic sense cities need a similar flow, but it is not matter and energy, it is money. Practically, cities need to produce things that other cities, other countries want. It is a classic example of an export economy, an economy with a trade surplus. Without this city-scale trade surplus, money, the lifeblood of a regional economy, will not flow. Without this flow the city will approach equilibrium. Equilibrium is death.

Max had a good Christmas. 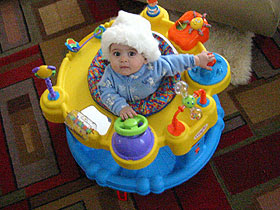