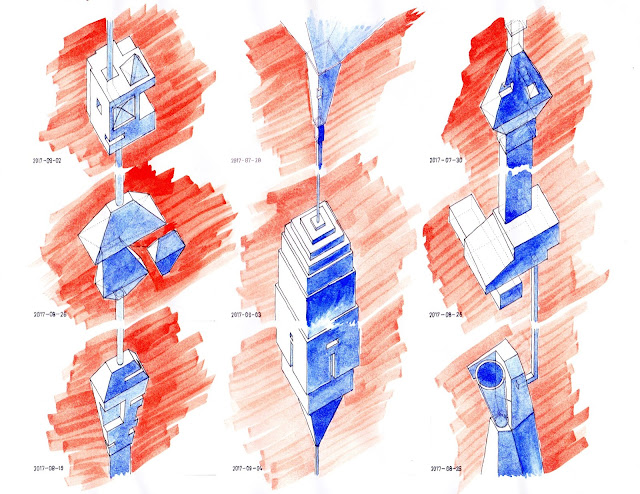 Just made this diagram using my old typewriter and drafting table. 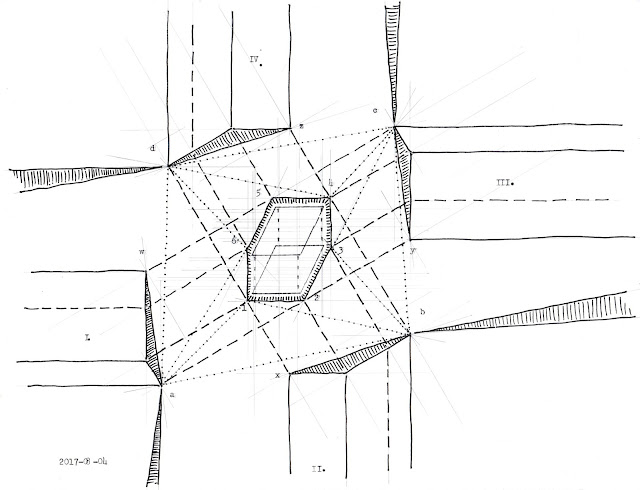 "One of life's best coping mechanisms is to know the difference between an inconvenience and a problem. If you break your neck, if you have nothing to eat, if your house is on fire, then you've got a problem. Everything else is an inconvenience." — Robert Fulghum
Posted by Jason R. Carroll on Sunday, June 04, 2017
Tags: life, philosophy, quotes, thankful

Found an old sketch I did in architecture school. 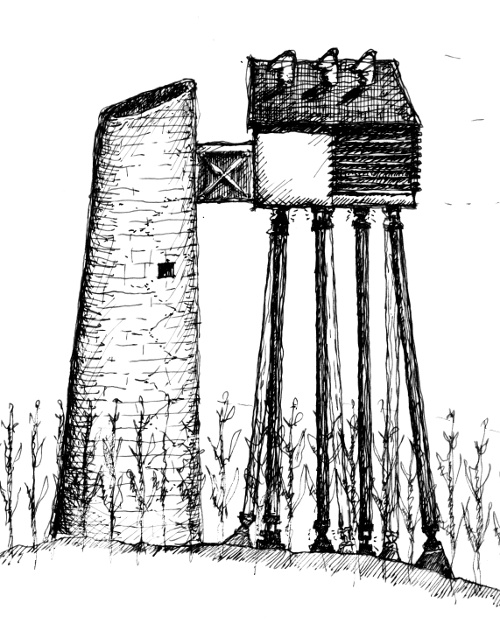 On Working, and Not Working

"If you accomplish something good with hard work, the labor passes quickly, but the good endures." — Gaius Musonius Rufus

"Time you enjoy wasting is not wasted time." — Marthe Troly-Curtin
Posted by Jason R. Carroll on Monday, May 22, 2017
Tags: philosophy, quotes, time, work
My wife's parents always had an extra table-setting at dinner, for anyone in the neighborhood who might stop by. It was such a beautiful tradition.
Posted by Jason R. Carroll on Wednesday, April 19, 2017
Tags: community, family, food
If you know a friend you can fully trust,
Go often to his house:
Grass and brambles grow quickly
Upon the untrodden track.

"One Thursday, nearly two thousand years after one man had been nailed to a tree for saying how great it would be to be nice to people for a change, a girl sitting on her own in a small café in Rickmansworth suddenly realized what it was that had been going wrong all this time, and she finally knew how the world could be made a good and happy place. This time it was right, it would work, and no one would have to get nailed to anything.

"Sadly, however, before she could get to a phone to tell anyone about it, the Earth was unexpectedly demolished to make way for a new hyperspace bypass, and so the idea was lost, seemingly for ever."

— Douglas Adams, So Long, and Thanks for All the Fish
Posted by Jason R. Carroll on Thursday, March 09, 2017
Tags: books, life, quotes

Further down the vintage hi-fi rabbit hole…(don't tell my wife). It's a 1971 Akai 1720W reel-to-reel tape deck. I bought it from the original owner, who himself bought it in Vietnam during the war (subsequently bringing it home to the U.S.). I love the "Made in Tokyo" stamped on the back. What can you find that's made in Tokyo anymore? The exterior of the case is fully trimmed in wood, and it comes with a wood latch-on transport face cover. The build quality and the satisfying 'clunks' of the interface just can't be matched by most things made today. 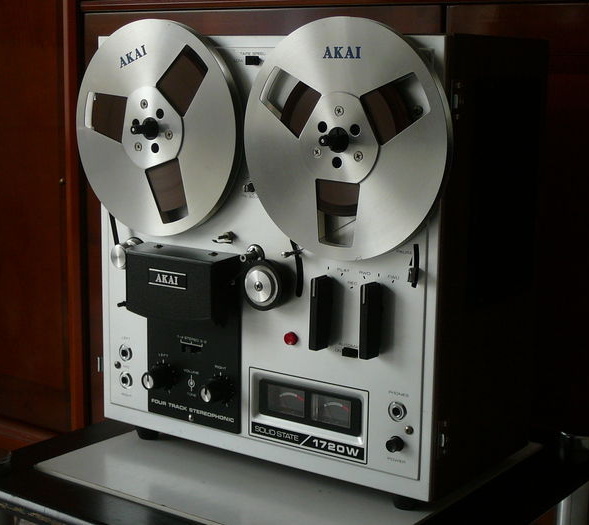