Maxie-boy built and programmed this Lego Mindstorms Robo-Gator all by himself from the instructions. All I did was install the programming software on our PC, and help him connect the robot's CPU via USB to download the behavior program. I am very proud that he could handle such a complex project on his own at age 6. Mindstorms uses simple icon-based "if-then" type programs to tell the the motors what to do when certain feedback is received from various sensors. In Robo-Gator's Case, when the eye-sensors "see" something within 60cm, the legs move and make the gator lunge forward. When something is within 30cm of the eye sensors, the jaw motor makes him bite repeatedly. After attacking, Robo-Gator retreats and waits for his next victim.
Posted by Jason R. Carroll on Wednesday, December 30, 2009
Tags: children, christmas, education, lego, robotics, video

Last week Maxie asked: "If Jesus came to make the world a better place, then why do people still litter?"

It's a sustainable, transit-oriented development with lots of green space, integrated bicycle access to campus, high-end residential & retail, and a 23.4% return on equity. Good job students, I am proud.

Don't Turn It Off--Kill It

All of our homes are full of electronic devices that use power when off. Estimates of so-called 'standby' or 'vampire' power use range from 10-15% of a household's total annual consumption. These devices sit there, waiting to be used, waiting for the remote control to activate them, telling us the time (do we need that many clocks?), their little red/orange standby lights glowing, waiting to jump into action.

I decided that I didn't like all those lights and clocks staring at me anymore, so I installed a 'kill-switch' on our family's living room entertainment center. Actually, what initially prompted me to do this was the surprising amount of heat I noticed when opening the doors of the armoire that contained all of our (supposedly 'off') devices: LCD TV, PS3, PS2, Wii, A/V Receiver, DVR. To accomplish the task, I simply mounted a surge protector on the back of the armoire, hidden from view but in an easily-adult/kid-accessible location, and plugged all the devices into it. Switching the surge protector off puts the devices into a true zero power consumption state--no glowing lights. (Detail: I did not connect the DVR to the kill-switch--otherwise it wouldn't be able to grab the shows it was programmed to auto-record.)

I've tracked our power consumption since installing the kill-switch in mid-September. Compared to the same 3-month (Oct-Dec) period last year, we're using 27% less electricity. That's amazing. Certainly a large portion (but not all) of this savings is attributable to the kill-switch. The remainder of the savings, I believe, simply comes from the fact that we're all paying more attention to our power use in general--turning off lights more quickly, etc. This behavior of course is a direct result of the installation of the kill-switch. It reinforces something I've learned over the years: The mere act of paying attention to something often leads to improvement of that thing. 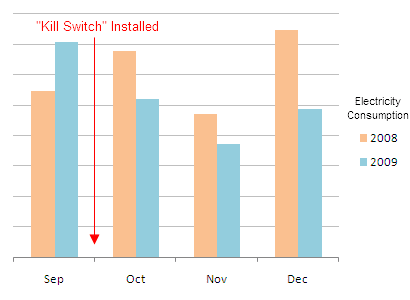 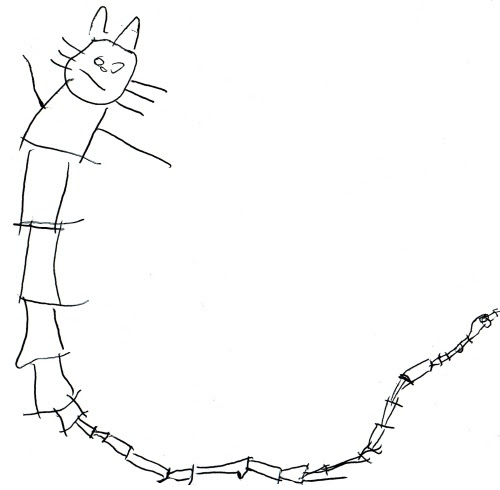